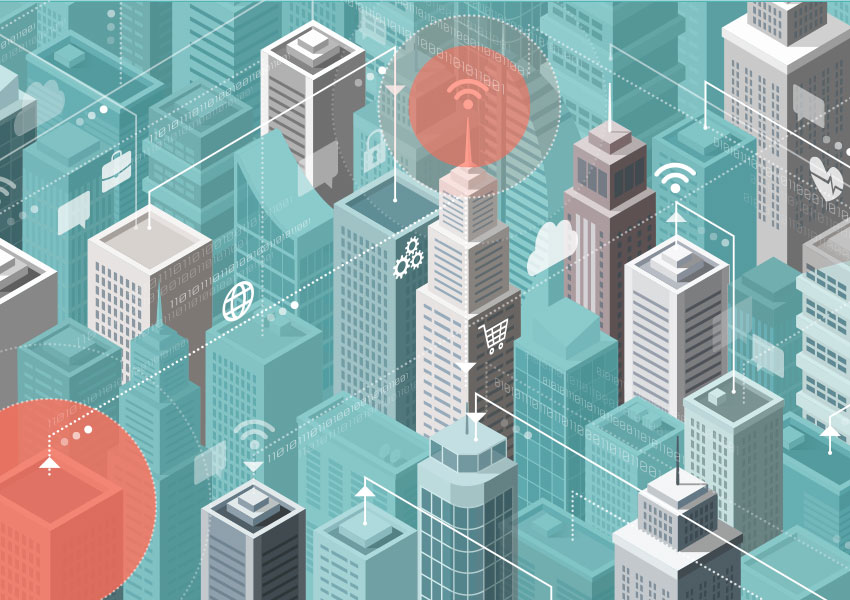 Internet of Things help cities clean up their act

Real-time monitoring is transforming our ability to nip disease outbreaks in the bud, Financial Times writes.

For the last decade, cities around the world have been rolling out “smart water” technologies for both environmental monitoring and resource management. Internet-connected devices making use of increasingly flexible and decentralised networks monitor the flow, consumption and chemical composition of water resources in real time. The city of Caldas da Rainha in Portugal lowered water management costs by 33 per cent with Cisco’s Internet of Things platform; the city of Chicago uses sensors along the eponymous river that runs through the city to raise the alarm if public recreation areas or drinking water supplies become dangerously polluted. Cities with this kind of smart water infrastructure already in place can adapt the same technology for the early detection of Covid-19 outbreaks in specific buildings or hotspots.

Sielen Namdar, who leads Cisco’s smart water business, explains that innovations in sensor technology and data analysis have enabled city authorities to check levels of water contaminants almost instantaneously instead of waiting days for the results of lab-tested water samples. Adding Covid-19 sensors throughout the sewage route could enable authorities to pick up traces of the virus’ DNA in wastewater, without having to manually sample sewage before it enters treatment plants. “This is just the beginning of the journey to develop ultra sensitive and highly tailored sensors which can pick up elements in water which pose a risk to public health,” she says. Testing sewage for Covid-19 levels has delivered promising results in the UK, the US, the Netherlands, China, Australia and Spain. But in these cases sewage samples were taken manually at water treatment plants and could only provide insights on communities as a whole with a few days delay between sampling and results.

Academics at Cranfield University in the UK have already designed a “paper sensor” costing less than £1 which changes colour based on Covid-19 levels in sewage. Israeli IoT company Kando has been testing its real-time “wastewater surveillance” technologies to detect Covid-19, focusing on upstream detection to identify outbreak hotspots by street. During the pandemic, time-lags for lab test results and limited manual testing resources have hindered attempts to contain the virus.

The challenge parallels similar problems for environmental monitoring; manual checks that water quality meets environmental standards is sufficient for a range of environmental reporting requirements. But smart technology is needed for cities to detect and respond to urgent problems as they happen. Still, a number of barriers stand in the way of widespread adoption of environmental monitoring technology in cities. Even with affordable sensors, the process of collecting and analysing data continuously across a large area can require a prohibitively high amount of internet connectivity, computing power and energy. But progress on these problems is being made — many current smart city projects make use of Low Power Wide-Area Network (LPWAN) technologies, a type of wireless connectivity designed for sensors and IoT devices which is lower cost, uses less power and works over longer ranges than the fast, powerful networks used for consumer and business connectivity. In Puerto Rico, LPWAN has enabled individual smart environmental monitoring projects without the digital transformation and investment needed to create fully connected and automated smart cities. In August, LPWAN operator Everynet rolled out an IoT network as part of Puerto Rico’s infrastructure modernisation plans. Current applications include connected indoor air quality sensors, integrating IoT devices into existing energy meters to manage consumption efficiently, and collecting data on drinking water consumption to identify and quickly fix water leaks. The UN’s United 4 Smart Sustainable Cities initiative (U4SSC) sees LPWAN technology as an important resource even for “high-tech” cities with existing connectivity infrastructure like Singapore.

Cristina Bueti Cristina Bueti, counsellor for U4SSC, says that the city-state has been working toward developing cheaper and longer-lasting sensors for a wide variety of applications, from water usage and logistics to energy. By tapping LPWAN technologies such as Narrowband IoT, sensors can be deployed to places without power access, thereby reducing costs. She adds that Singapore has also been developing IoT clusters . . . among local companies and multinational corporations. Alongside cost-management, and data protection, the UN initiative sees open data and interoperability as essential enablers for cities to realise the full benefits of interconnected environmental monitoring. Barcelona has taken open and interoperable environmental monitoring to its extreme. Its Sentilo platform connects 18,000 active sensors in the city, monitoring weather, electricity meters, water supply flow, air quality, environmental noise, people and traffic flow, and both indoor and outdoor environmental conditions. Live data are publicly available and displayed on an interactive map. Barcelona’s Sentilo platform monitors weather, power, air, footfall and noise DECODE, a parallel project backed by the EU, aims to address privacy and cyber security concerns by allowing citizens themselves to control data access, privacy settings and data sharing with smart contracts and cryptographic tools. As part of the project, researchers documented citizens’ worries and questions about the proliferation of smart-city technology. These included the fear that connecting smart home devices to a public platform would disclose when they were at home or not, and that revealing high levels of noise in their area could reduce the value of their property. Barcelona city representatives have repeatedly advocated a new approach to data collected in smart cities, whereby environmental data is treated as “a kind of public infrastructure” just like environmental utilities including air, water and energy. “This is a first important policy step towards reconquering the city’s digital sovereignty, declaring data as a public good,” according to DECODE’s pilot report.