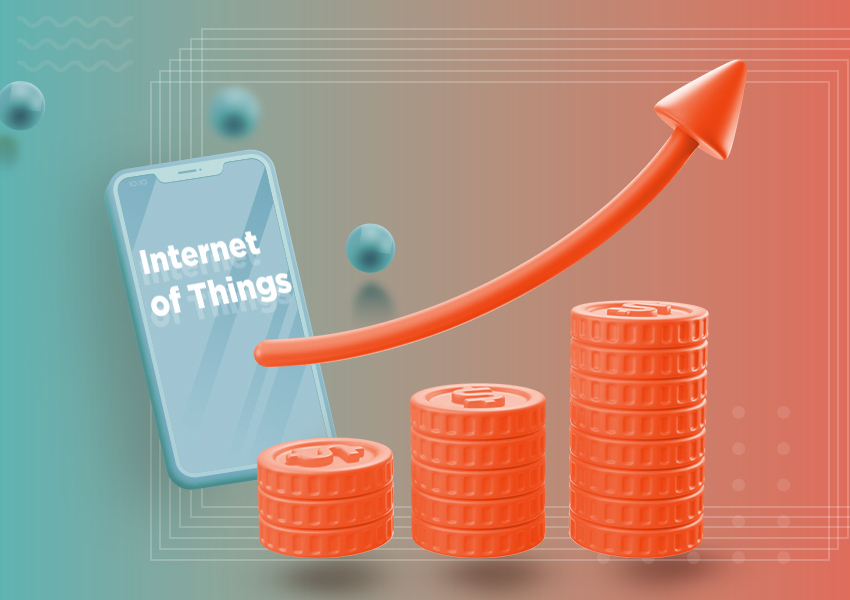 Global government spending on Internet of Things (IoT) devices and related communication services will exceed $ 21.3 billion in 2022, researchers from Gartner predict. Compared to this year, growth will be 22%, analysts say. Which of the countries and on which projects in the field of the Internet of Things spends the most?

The Internet of Things continues to develop rapidly: in 2016, experts estimated the volume of the entire IoT infrastructure market at $ 15 billion, by 2024 it is expected to grow to $ 130 billion. The number of connected devices is larger than number of Internet users. In 2018, there were about 15 billion of them, and by 2023, McKinsey experts predict a threefold increase in this figure – up to 43 billion devices.

The Internet of Things is spreading around the world, devices are getting cheaper, and this stimulates more and more governments and city administrations to implement IoT solutions to ensure more effective management. IoT is used to monitor infrastructure, improve the safety of residents, and control quarantine requirements during the COVID-19 pandemic. Gartner estimates that more than half of government spending on hardware and IoT-related communications is for outdoor surveillance solutions for public health and personal safety.

The numbers in the consumer market are even more impressive – global consumer spending on solutions and services related to the concept of a smart home will increase to $ 123 billion by the end of this year, Strategy Analytics predicts. This will happen after the recession due to the COVID-19 pandemic. Many consumers will finally buy what they planned before the quarantine. 30 million households will become new users of smart homes. North America remains a key sales market in 2021, accounting for at least 40% of global spending.

Who spends on what

Modern communication technologies allow smart devices to exchange information with minimal energy consumption, ensure cellular signal delivery in the most difficult conditions, and optimize the volume of transmitted traffic. This makes the most ambitious projects possible. For example, in Singapore, the integration of smart meters into all private households is being discussed. This will allow them to automatically read data on water consumption and the state of the infrastructure. Also, such counters allow you to massively connect smart devices to the network without losing signal reliability and increase the response, which means you can use resources more efficiently. If all goes well, more than 1.4 million smart devices will be installed in the country before 2024.

The largest regional market for video surveillance is the Asia-Pacific. According to the “pre-crisis” Omdia estimate, there were 770 million surveillance cameras in the world at the end of 2019, and by the end of 2021 their number will reach 1 billion. More than half of them will operate in China. According to IDC China, in 2023 the country will spend twice as much on video surveillance as in 2018, when it became the leader in terms of the ratio of the number of cameras to residents. In China, there is one surveillance camera for every four people. In the United States, the ratio is 1 to 4.6; in the UK, it is 1 to 6.5. Also in the top five in terms of saturation with video cameras are two other countries from Asia – Taiwan (3rd place, 1 to 5.5) and Singapore (5th, 1 to 7.1).

The number of cameras is expected to grow rapidly. Gartner predicts that in 2021 there will be 8 “government” video cameras per thousand city dwellers, in 2019 there were only 6. In general, China in 2020, according to Gartner estimates, accounts for 48% of the corresponding expenses, and the US and Western Europe – 16% and 15%, respectively. Further development of urban video surveillance systems is closely related to the improvement of artificial intelligence. Omdia estimates that the global smart city software market will grow to $ 4.9 billion in 2025, up from $ 673.9 million in 2019.

Another important segment related to safety is unmanned aerial vehicles. Gartner predicts rapid growth in their use as both police assistants and firefighters. Drones can help fight forest fires by locating fires with cameras and thermal imagers, assessing the situation in the area of ​​the fire. According to analysts, the number of drones at the disposal of firefighters and police services will triple, from one in 58 thousand employees in 2019 to one in 18 thousand in 2021.

IoT technologies are comprehensively changing vital urban infrastructure, digitizing it, thereby increasing the efficiency of use and the quality of services provided. From cleaning and waste disposal to smart systems for managing traffic, passenger flows, lighting and security, the IoT makes cities really smart.

Effective management of water resources in a city with millions of inhabitants is a strategic goal and one of the indicators of the quality of life.

How the Internet of Things is helping improve the sports industry