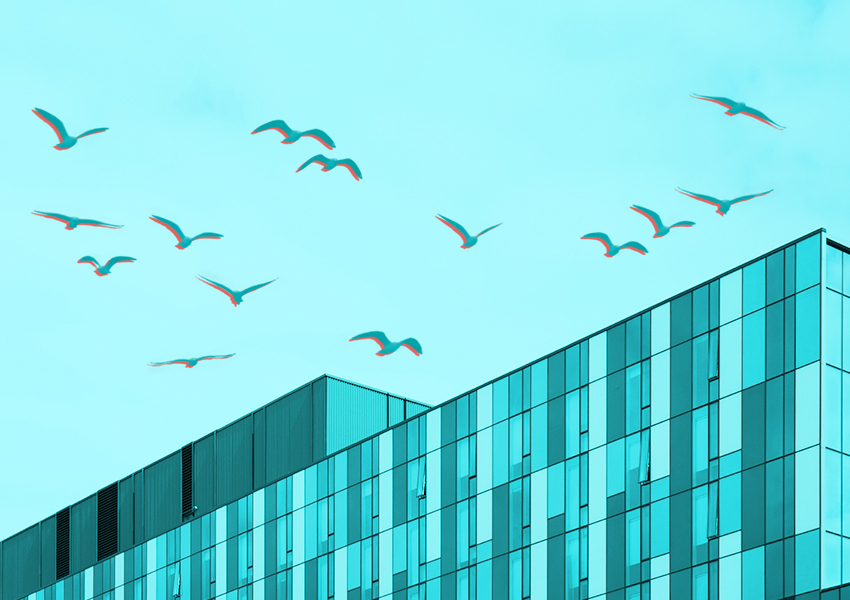 Several cities across Europe are joining the smart city revolution in the fight against climate change. The growing collection of renewable energy sources and advanced IoT technology are giving smart cities a tangible future.

The events of the last year have highlighted the need for safe, reliable, and healthy environments. In both business and in personal life future-proofing has become more important than ever.

Many business leaders in the renewable energy sector believe that interconnected data across multiple systems is key to providing a holistic understanding of the spaces we live in.

The necessity of the digital twin

Technology is enabling this like never before, said Jordi Badosa, research engineer at the Dynamic Meteorology Laboratory (LMD) at École Polytechnique and technical director at the Energy4Climate Centre, Institut Polytechnique de Paris. “The Internet of Things (IoT) is one of the main revolutions happening — objects that measure, monitor, and execute actions, all organized in the so-called digital twin of the building.”

This digital twin, Badosa said, “allows effective maintenance, health monitoring, and extreme events or alarm detection. In terms of energy, buildings become prosumers (that is, they produce and consume their own energy) and the occupants become ‘consum’actors.'” Electrical vehicles connected to buildings change the consumption profile and set technical and economic challenges to the grid and the users. ”

There are some exciting developments on the horizon, according to Badosa. “These include buildings that can store the energy in a seasonal time frame (that is, the extra heating from summer to be used to heat in winter, for example) and Vehicule2grid solutions, that is electric vehicles that can also supply electricity to the building, allow to adapt the load curve and potentially reduce peaks and costs,” Badosa said. We’ll also start to see living labs that help to make building occupants aware and informed actors that contribute to the smartness of the building.

“Cities produce 70+% of all carbon emissions, so they must be made ‘smart’ by aggregating huge amounts of data from buildings and infrastructure to create Digital Twins – a 3D virtual replica,” explains Michael Jansen, CEO of Cityzenith, a leading digital twin provider in the smart city and energy saving space through its SmartWorldOS™ platform.

“The digital twin enables minute diagnosis of how a smart city will operate, with real time optimization and automation, plus the ability to run simulations to predict and manage city performance indicators – including carbon emissions and their effect on climate change,” Jansen said. “From there architects, engineers, city planners and building managers can also examine various carbon-related impacts such as traffic patterns, or map the lifecycle of a building from design, cost-saving ‘right first time’ construction and, ultimately, demolition.”

There are challenges to overcome in transitioning to fully smart cities. “Lack of data formulation and owner reluctance to reveal the carbon footprint of their real estate, hampers the process. Lack of openness from building owners and operators within a city, inaccurate, aging data from aging infrastructure that hinders the ability to optimise and lack of community buy-in are all barriers,”  Jansen said.

However, smart city projects are driving consultation, awareness and change positively through organizations like C40Cities, a group that represents 8% of the world’s people and 25% of its economy, and its steering committee includes major European cities: Copenhagen, London, Milan, and Stockholm.

There are groundbreaking projects happening all across Europe. The “SmartQuart” project features a complete hydrogen microgrid, funded by the German Federal Ministry of Economics and Technology (BMWi). The project is trialling three different non-fossil-fuel energy systems in three different towns/districts so that they can be compared. The towns will be connected together so that they can trade surplus energy with each other as and when required.

The Kaisersesch hydrogen grid is where German heating systems manufacturer Viessmann will be testing its condensing boilers for operation with pure hydrogen and also testing the practical operation of hydrogen-compatible fuel cell heating systems. In Bedburg there will be a local district energy system set up using energy generated wind turbine, new solar plants and central and decentralized heat pumps. Solar will also be used to power a district in Essen that will also include charging stations for cars.

Patrick Doherty, head of emerging verticals at Elavon Europe, said Covid has had a huge impact on how we travel. “With recovery efforts underway, new travel patterns and use of the transport networks will emerge over the coming months,” he said. “In response, transport operators are looking to restore confidence in travel across our cities to ensure its infrastructure is convenient, adaptable, and sustainable for future generations.”

Energy company Fortum is working to enable the cities of Stockholm and Espoo to join the circular economy, launching several projects and investing heavily in sustainable heat production and charging infrastructure for electric vehicles. Spanish giant Iberdrola is investing more than €600m over the next ten years to enable the country’s main urban areas to move towards becoming smart cities.

Collaborations are essential to making products and systems become a reality, said Christian Engelke, Viessmann’s technical director, “finding the most successful set-ups, especially when it comes to essential infrastructure involves widespread behavioral change.” Viessmann developed its first heat pump around 50 years ago yet the market is not yet at a point where heat pumps are an everyday choice of heat generator: “There is no point in having the perfect product if there is no proof it works, no fuel supply or investment in infrastructure, no skilled people to install and service it, or incentives to bring it to market.”

Six IoT Solutions That (Possibly) Can Save Your Life