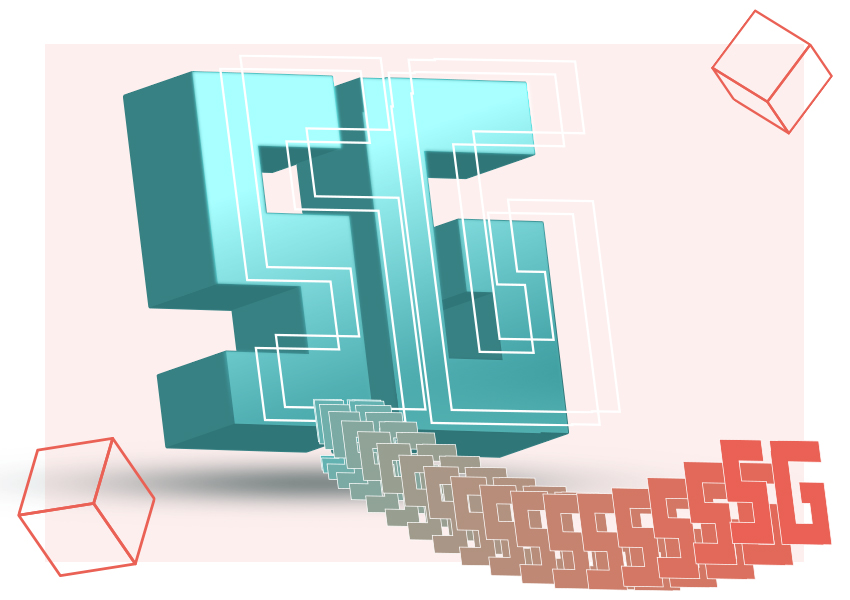 Is 5G really the game-changer it promises to be?

The world is poised to change forever with the implementation of fifth-generation connectivity for data networks across the world, Interesting Engineering writes. 5G has been promised to be the savior to any connectivity problems we’ve had in the past and it’s also been highlighted as a path towards a fully wireless future.

4G, our current networking infrastructure, brought about a major mobile revolution, allowing us to stream high definition shows wherever and whenever we want. 5G will take that a step further. 5G will bring faster data speeds, low latency communications, and higher data caps for mobile devices. Major sports networks are already using 5G micro-networks to film and stream sporting events live, completely wirelessly. Imagine a network of 30 4K cameras all on one network streaming to a live broadcast – that’s what 5G is capable of. 5G is expected to generate 10 trillion USD of revenue by 2035.

Before we can understand exactly what 5G is going to change for our lives, we need to make sure we all understand exactly what it is. 5G simply stands for fifth generation. All that means is that it’s the fifth standard for how cellular networks operate. When you hear someone say 5G, it just means a different operating standard for hardware for networks. Everything still works similarly to 4G, meaning that all devices are connected to networks through radio waves through antennas. The main difference to 5G is that the communication standard can handle much greater bandwidth.

Technically speaking, 5G added lower and higher frequencies to the spectrum compared to 4G networks. Without getting too far into the weeds, doing this now allows 5G networks to handle 1 million devices per square kilometer, compared to the 100,000 that 4G could handle.

What is 5G really going to do for our lives?

When 4G was rolled out, we saw companies take advantage of this by developing ride-sharing services, meal delivery, and more. All of these services would’ve struggled with previous 3G networks. 5G takes the speeds and possibilities of 4G and multiplies them tenfold. This means that there’s a lot of businesses that might pop up that we’re not even aware of, perhaps entirely new industries.

Data intense technologies will likely be brought into the public space through 5G, like artificial intelligence, internet of things.  Currently IoT is being heavily used in the manufacturing sector to track factories, as well as being used in the transportation sector to track fleets. Smart home devices also fall into the IoT realm, but lower-powered wi-fi networks struggle when you have too many devices connected to them.

5G has the potential to be faster than any wired wi-fi network and it can be virtually anywhere – as long as you get the signal there. That means that IoT devices can function anywhere, without being constrained to local wireless networks. This becomes particularly interested in two use cases: smart cities and global connectivity.

Focusing in on smart cities though, IoT for everything would allow cities to track their inner workings like never before. Deep neural networks and AI could be utilized to perfectly map and alleviate congestion in traffic flows, it could manage maintenance for infrastructure, it could make sure taxis were already where you needed them based on pedestrian density.

These are certainly scary concepts for anyone concerned about data privacy sure, but like any emerging technology in the 21st century, that’s always an issue. We’ll work through those growing pains into something sustainable.

Ultra-high-speed networks not tied to locality are a big deal and they pose a lot of potential for our cities, infrastructure, and rural populations.

5G enables ultra high-quality simultaneous streaming of live events. This means that sports games and concerts can be filmed at angles never before possible due to the lack of need for the hardware to be wired up. It also means that data-rich environments that are seen with virtual reality and augmented reality could theoretically be used to stream too.

Will 5G bring about a new era?

5G is a wireless network infrastructure exponentially better than anything we’ve ever seen before. Businesses will be able to have access to anything they need from a tech perspective without massive barriers to entry. 5G will allow AI and predictive learnings to thrive from anywhere, meaning predictive maintenance and truly useful IoT.