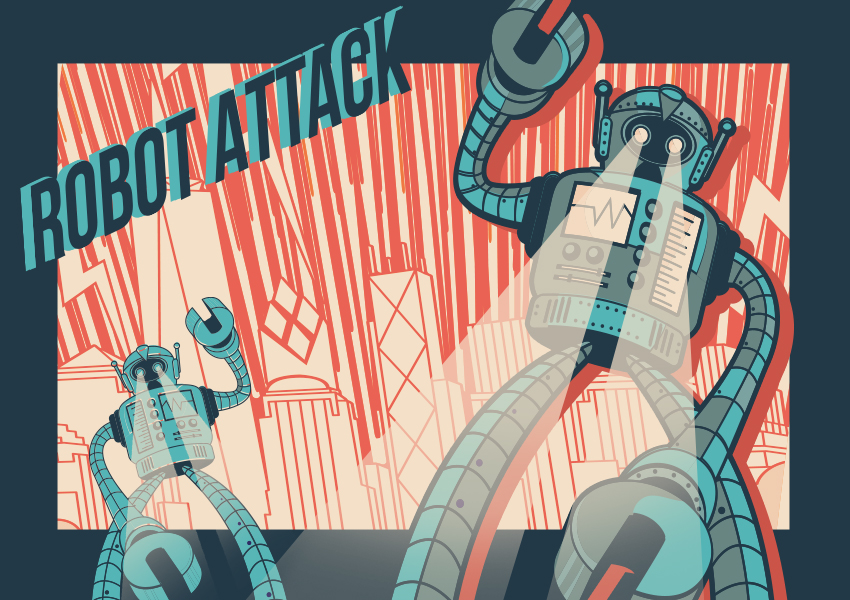 Will COVID-19 Accelerate Robotics in the Supply Chain?

As the supply chain and manufacturing wade through the COVID-19 crisis, companies have renewed their embrace of robotics.

Prior to the advent of COVID-19, manufacturing suffered from tight labor markets and eyed robotics and automation to bolster efficiency and reduce costs. According to the MHI report on the supply chain in 2020, the adoption rate for robotics and automation increased more than any other supply chain technology between 2019 and 2020. Adoption clocked in at 32% and 39% adoption, respectively.

Even with COVID-19 and its associated budget constraints in many sectors, the industry continues to view robotics as a key long-term investment. According to an IDC 2020 supply chain survey, 73% of respondents say that robotics will be important or very important to their organization in the next three years.

Today, robots in the workforce are proficient at specific, repeatable tasks for which they are precisely programmed. So, a warehouse-trained robot may bring a cart from aisle to aisle where human workers pick items, thereby reducing the time needed to locate assets.

Other uses of robotics in manufacturing, for example, may be highly targeted yet simple to program. One company uses robotics to complete complex sanding patterns on contoured surfaces using a point-and-click interface, resulting in substantial operational efficiencies.

“They have reduced a multiday programming operation down to a 20-minute task,” said Joe Campbell, Universal Robots’ senior manager of strategic marketing and applications, in an article on robots in manufacturing.

With the emergence of COVID-19, other factors are driving the use of robotics in the supply chain: the need to minimize transmission of the virus. Increasingly, even enterprises that previously eschewed robotics have considered automation.

Another driver has been the shift in consumer demand toward e-commerce. With stay-at home orders persistent throughout March and April, e-commerce orders spiked. It increased 49% in April, according to Adobe’s Digital Economy Index, given shuttered brick-and-mortar stores. As some note, the surge has prompted physical distancing requirements in addition to the efficiency needs.

“The need for flexible automation is about having [fewer] people in the warehouse but still fulfilling the demand of the customer,” said John Santagate, vice president at Körber Supply Chain. “That has become all the more critical as e-commerce has increased in its demand.” Robots can help fulfillment centers optimize worker productivity and address this uptick in orders.

But robotics can be costly, particularly for enterprises with minimal in-house expertise. Larger companies are far more likely to enlist robotics. “Among companies with revenues exceeding $1 billion, 90% have already implemented advanced robotics applications,” indicates a report on advanced robotics. “But the share of implementers among companies with revenues of less than $250 million is significantly lower. Small businesses’ lower level of adoption probably reflects budgetary constraints with respect to testing applications and gaining access to robotics-related expertise.”

“Robots as a service keeps you away from having to have that capital expenditure, and you reduce that implementation time from months to in some cases weeks,” said Randy Bradley, associate professor of information systems and supply chain management at the University of Tennessee.

For smaller players, robotics as a service may allow them to compete with larger players, particularly given  the currently erratic supply chain.

“Previously, these smaller players were sitting on the sidelines admiring the conversations — they just didn’t have the capital to do anything,” Bradley said. Furthermore, he said, the robotics-as-a-service model requires less ramp-up time to train robots.

“Many robots as a service rely on lasers or sonar, so you don’t have to retrofit a facility or spend time training them to use them,” Bradley said.

According to an Oxford Economics study, automation is projected to displace some 20 million manufacturing jobs by 2030. A McKinsey study indicates that this displacement is not confined to manufacturing and that some 60% of all jobs may have 30% of their tasks subsumed by robots. The data also shows that only 5% of jobs will become fully automated.

But robotics proponents say that the issue is far less about displacing human work and more about augmenting it.

“A robot is not replacing everything workers do,” Santagate said. “Human workers don’t lose value, but they are changing what they do. You wouldn’t build a house today with a hammer. You use a nail gun and power tool — a tool that allows workers to work faster, better, more efficiently. That’s what robots are.”

At the same time, in regions like China where robotics adoption is accelerating apace, the story is more nuanced. Displacement may happen over time.

“Most of the automation equipment in the industry is used to replace manual labor in repetitive and simple processes,” said Felix Yang, accelerated digitalization lead at SF DHL China, in an article on trends that will survive COVID-19. “However, in the future, we believe collaborative robots will increasingly participate in complex production processes.”

Bradley said that companies often frame the introduction of robotics as an efficiency issue and, as a result, will be forced to reduce headcount if their principal objective is to reduce costs. The real payoff for robotics, he said, comes in using it to enable greater innovation and strategic work from humans.

“If your goal is primarily for efficiency, you’re wasting your time,” Bradley said. “Introducing robotics needs to be more strategic and allow you to … offer services and products and bring them to market faster and take advantage of an opportunity. That’s why it often comes back to headcount. We set it up that way.”

6 gadgets that show how the IoT is helping pet owners